It is the year 2022 – a full six years since the Reserve Bank of India introduced the concept and technology of UPI, or Unified Payment Interface, to the people of India in 2016. For a developing country with millions of smartphone users, this was welcome news – people could finally take the cashless route without having to get engaged in the inconvenience that is net banking.

However, India being a developing country, there still exist millions of people who do not have access to a smartphone, hail from areas with minimal to no data connectivity or inconsistent network, or are simply not digital natives savvy enough to make online payments – which pushes against the Government’s agenda to transform the nation’s economy into one that is digital, secure, and completely cashless.

In the light of this challenge and to bridge the gap between over 44 crore feature phone users and digital payments, the Reserve Bank of India recently launched a new UPI service for feature phones named UPI 123Pay. ToneTag, the world’s largest soundwave-based communication network, in its own attempt to add to this effort has introduced a voice-based UPI platform called VoiceSe, under the guidance of RBI and in partnership with NSDL Payment Bank and NPCI.

VoiceSe is not only India’s fastest-growing voice-based payments system, it is also one that can be accessed from any type of phone, both feature and smartphone – something that has been missing from India’s digital payment landscape since its inception. Now, by using just their voice, customers can perform simple banking transactions even from a basic feature phone – thus bringing a solid chunk of India’s feature phone users under the much-needed umbrella of financial inclusion.

Further, since VoiceSe is not internet-dependent, it can be easily used for payments even in areas with little or no data connectivity. While all or most digital payment platforms require a strong internet connection to be operable, VoiceSe can be used just as easily simply on a mobile network instead of the usual mandate of a mobile data or wifi network. Besides money transfer, VoiceSe’s payment-to-merchant technology is also internet-independent as well as proximity-based and works on any merchant POS, mobile phones, and other payment acceptance devices, while also providing real-time payment acknowledgment. 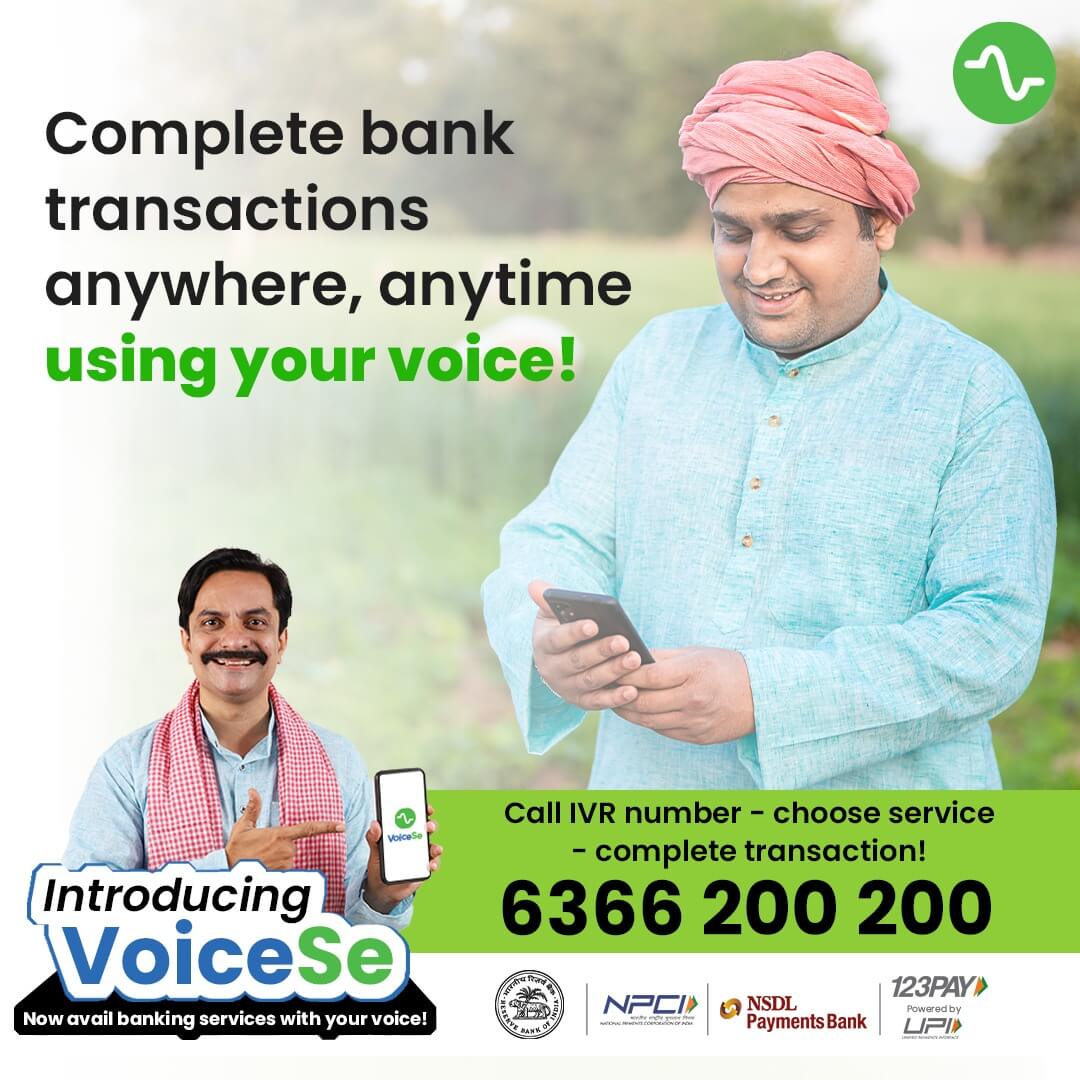 We would love to hear from you

Thank You For getting in touch with us!

We’ve received your message and we’ll get back at you as soon as we can.